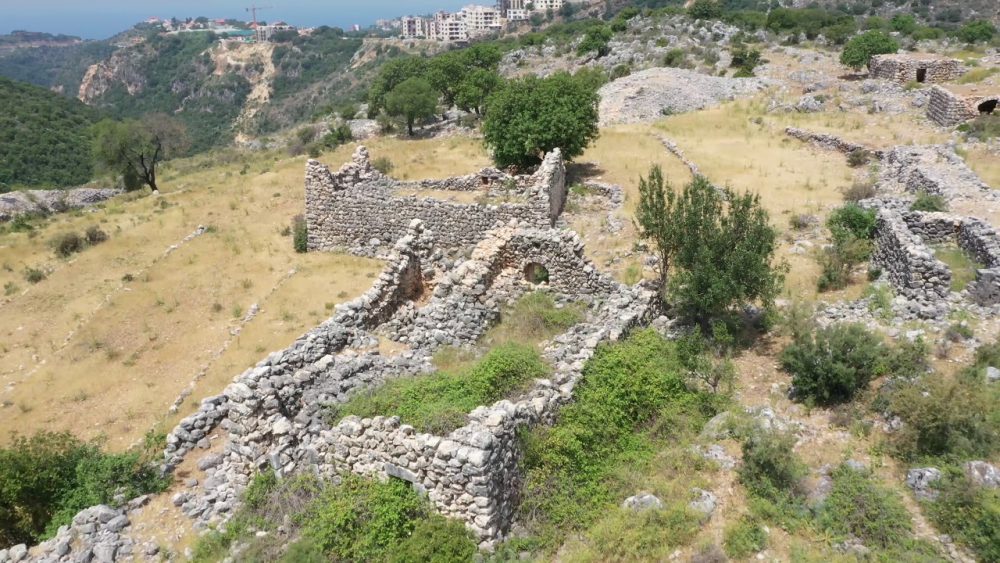 Bjerrin is a small town in Jbeil, Lebanon known as Lebanon’s Ghost Town. During World War 1, the people of Bjerrin heavily suffered the war consequences. However, their story remains unknown to most Lebanese people!

During World War 1, Jamal Basha, known as “al-Saffah” or “the Blood Shedder”, played a big role in spreading inequality, famine, and illness among Lebanese. The situation only worsened at the arrival of swarms of locusts to Lebanon. Lebanese villages at that time highly relied on agriculture to survive. The swarms devoured all crops leaving nothing to eat.

Bjerrin is one of those Lebanese villages that suffered famine. The people of Bjerrin had to make a difficult choice. It was either dying of hunger or attempting to escape that horrible fate. Finally, they decided to leave everything behind: their houses, their memories, everything! The villagers packed their bags and luggage, locked their doors, and got abroad a ship to sail away from their land. They hoped to return to their ancestral land one day.

Fathers, Mothers, and children got on the ship. They hoped to sail all the way to the United States of America. Indeed, they believed that they would be safe from death and hunger there. Unfortunately, the ship sank in the deep sea and nobody ever returned. Indeed, all that was left were their memories and their empty houses. Some other sources claim they reached Brazil and nobody ever heard of them since then.

Today, Bjerrin is a really nice village to visit in Lebanon known as the Ghost Town. Everyone enjoys the beautiful natural view presented by this village. However, people were reluctant to visit this place during the evening as they fear the ghosts of those who passed away. This is the story of Bjarrin, a part of Gharfine village, whose now known as the: “Ghost Village”.