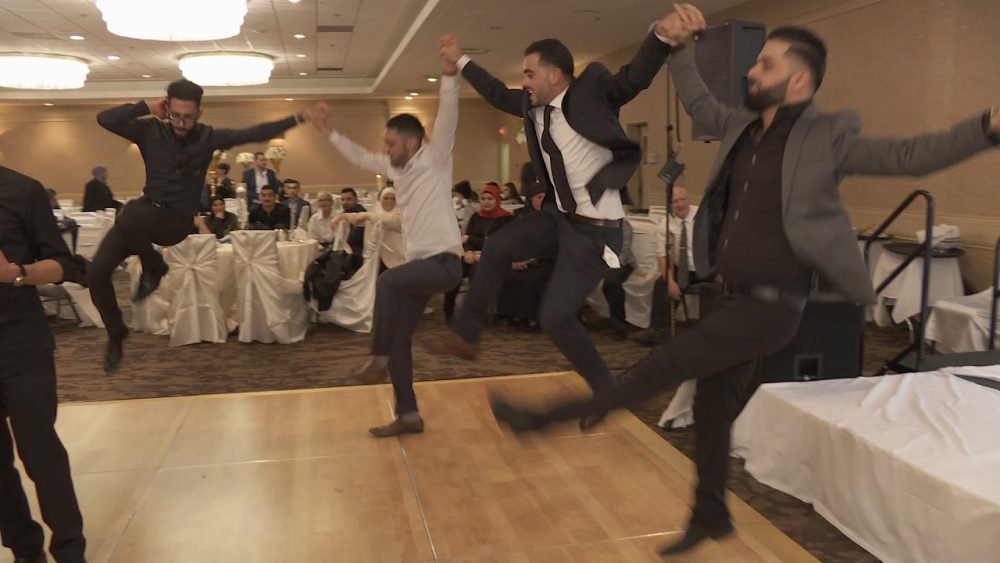 Dabke Origins: How the Best Lebanese Dance Came to Life!

What’s a Lebanese celebration with no dabke? It’s similar to a sandwich without cheese or fattoush without bread crumbs! You may not be a good dancer but as a Lebanese, when dabke starts, you excel and own the floor! Yes, Lebanese know how to perform that awesome dance since early childhood. Have you ever wondered how that best Lebanese dance was created?

Dabke (دبكة‎ also spelled as dabka, dubki or dabkeh) is a native Levantine folk dance that interestingly combines circle and line dance. It is still widely performed in Middle Eastern countries such as Lebanon, Syria, Palestine, Jordan, and Iraq especially during weddings and joyful celebrations. Curious about dabke’s origins? Read on!

Villagers in rural regions in the Mediterranean started needed to build houses using tree branches and mud. But what does this have to do with Dabke, a Levantine traditional dance? Well, here is the answer to this big question!

When the weather changes, the mud of the roofs of the villagers’ houses would crack open. How would you fix that? Perform this dance on the roof! No, Seriously! Family members would patch the crack of the roof. Then, they form a line, hold hands, and start stomping the mud so it can fill the cracks. While performing the dance on the roof they would yell  “Ala Dalouna”, which means “Let’s go and help!” No wonder since Dabke in Arabic means “stamping of the feet”.

Some other sources claim that this traditional dance is even older than that. According to them, it was first created in the plains of the Bekaa Valley in Lebanon. People used to strike on the ground to pray to the fertility god. Indeed, they did it to ask for good crop provisions, winter, and rain. It sounded similar to a rain dance where holding hands would increase the chances of rain and striking the ground with their feet would maybe symbolize thunder growling followed by rain.

With the years passing by, this traditional dance ceased to fill its original duty. Instead, it became a dance that celebrates a work well done! It was important to keep this dance a part of Levantine traditions as it reminds us of the importance of family, community, and a sense of belonging and tradition. Today, people consider it a very important form of art in our Lebanese culture. Not one wedding or celebration passes by without a good old Dabke a la Libanaise!

Usually, protestors express their concerns through marches, protests, and occupations. Nowadays, we can see that Dabke dance was also incorporated in protestations as a creative yet peaceful way of expressing concerns all while maintaining a sense of solidarity, community, and cooperation. Moreover, the process of the dance in itself can be seen as holding hands in solidarity, stomping the ground in protest, and signing together for hope. In this sense, this traditional dance is also used as a form of cultural resistance that artistically communicates a deep feeling of concern while fighting for what we believe in.

Dabke is also the name of a Lebanese Candy made and manufactured by Gandour. This delicious biscuit sandwich with a lemony cream filling snack is one of the most traditional Lebanese snacks you’ll find out there! Make sure to give it a try if you didn’t!