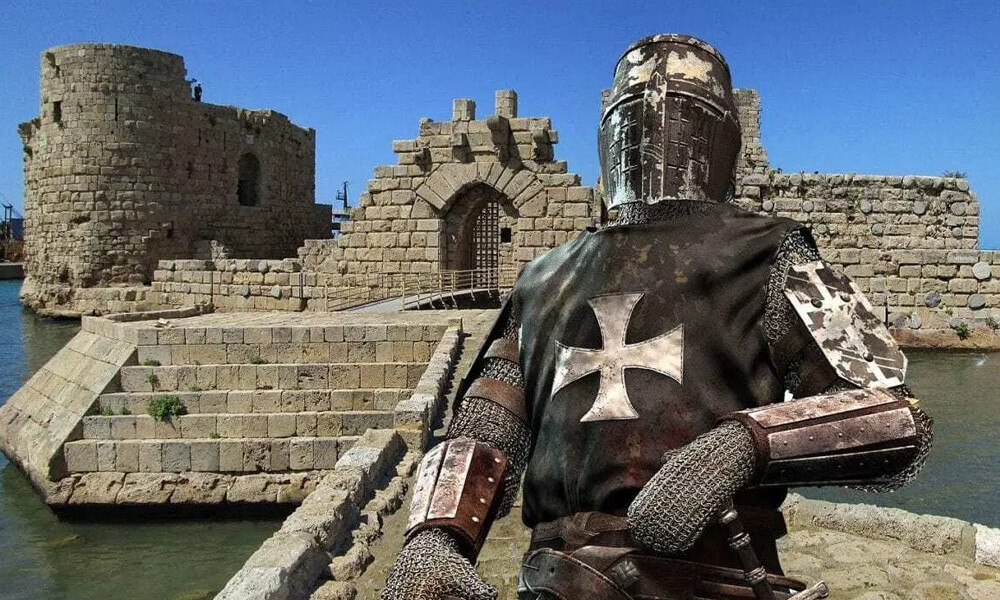 Archeologists in Lebanon have recently discovered two Crusaders mass graves containing the remains of 25 warriors dating back from the 13th Century during an excavation near St. Louis Castle in Saida, Lebanon. The buried skeletons belong to young men and teenage boys as reported by Ben Turner for Live Science.

Richard Mikulski, lead author and archeologist at Bournemouth University in England, admits that finding these Crusaders mass graves was a “special discovery”. “So many thousands of people died on all sides during the Crusades, but it is incredibly rare for archeologists to find the soldiers killed in these famous battles,” says study co-author Piers Mitchell, a biological anthropologist at the University of Cambridge. “The wounds that covered their bodies allow us to start to understand the horrific reality of medieval warfare” he added.

DNA tests revealed that the remains buried in the Crusaders mass graves belonged to European crusaders who were likely killed during attacks on Sidon (Saida) at that time. All of the bones carry wounds from stabbing and slicing and most of them were on the fighters’ backs. Based on these findings, the archeologists suggest that they may have been killed from behind while they were fleeing by adversaries on horseback.

Finding Crusaders mass graves in Lebanon is no surprise for the locals. Indeed, the country is rich in history and culture as it was visited by several ancient civilizations over thousands of years. It was home to Phoenicians, Assyrians, Greeks, Romans, Persians, Arabs, Crusaders, and the Ottoman Turks. The Romans in Constantinople launched a series of wars known as the Crusades to reclaim the former Roman territories in the Eastern Mediterranean (Levant area: Lebanon, Syria, Palestine) after the fall of the Roman/Christain Anatolia to the Muslim Turks of the Seljuk Empire around the 11th century. This event is known today as the First Crusade and has lasted for around a century.

During the first Crusade, European forces got hold of Sidon (important port city) in 1110 C.E. However, around 1253, Mamluk forces attacked and destroyed the fortress of the Crusaders that was used to defend the city. The following year, Louis IX of France had the structure rebuilt as the Castle of St. Louis that fell once again victim to the Mongols in 1260. Archeologists believe the young boys to have been killed in one of these two battles. According to the biological anthropologist Mitchell, King Louis IX of France was on crusade at the time of this attack. Mitchell wonders, “Wouldn’t it be amazing if King Louis himself had helped to bury these bodies?” suggesting that King Louis could have buried the young men in these Crusaders mass graves.

The Crusaders mass graves are considered to be the most incredible findings related to medieval warfare and are a reminder of the region’s historical importance, as well as Lebanon’s rich history and culture!