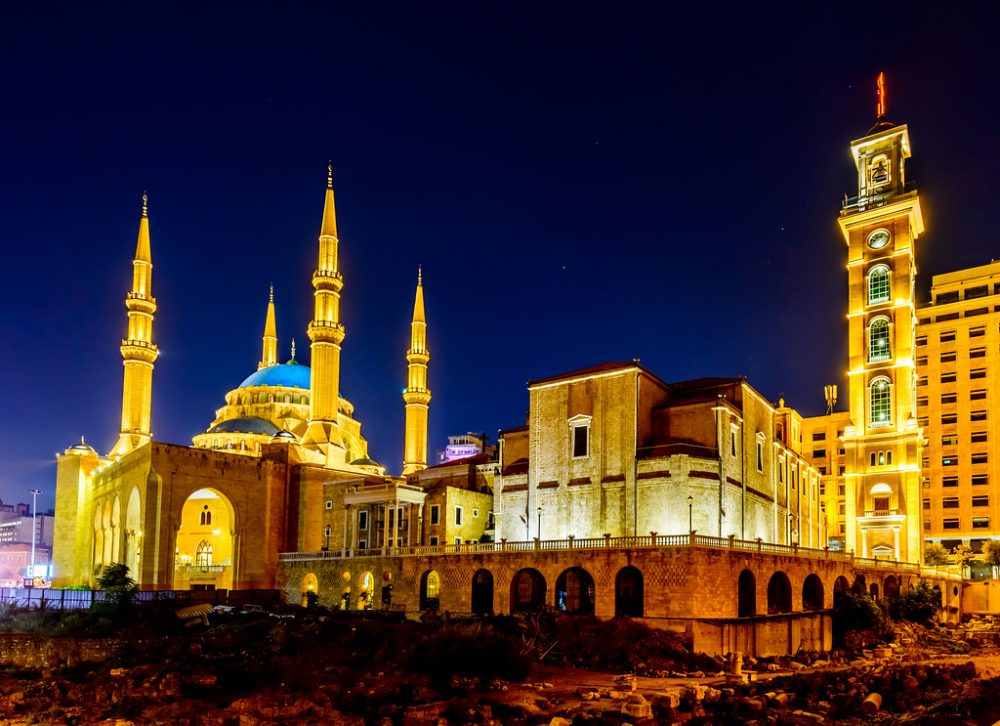 Physical wounds, despite the long time, heal. However, The tragedy of the Beirut’s Port explosion (August 4, 2020) remains craved in our hearts. For too long now, Lebanese have been on what we call “religious cold war” as religion is the roots of our government and life. One week exactly after the tragic day, Lebanese people decided to mourn and remember the victims of the Beirut’s Port terrific incident.

In Beirut’s downtown, there are two interesting religious buildings facing one another. A Mosque and a Church.

Both the downtown St. George Maronite Cathedral and Mohammad Al-Amin Mosque were on together. Watch this video as Lebanese people mourn and remember the victims of the horrible blast that hit Beirut, Lebanon while both Mosque and Church are backing them up in their prayers.

Now ask yourselves, why did it take half a nuclear bomb to get us together? And was half the capital in ruins the only motive to our unity?

The Beirut Blast showed us we can live together in one country regardless of our religion. Will you make this country a better place for your children to live in harmony or will you waste the victims’ blood and sacrifice? The choice is yours so choose wisely…

The Mosque & Church unite to mourn… It’s our turn to unite to recover the beauty of Beirut!

Lebanese will not stand still and silent to these pictures. We will rebuild our beloved Beirut. People remembered that religion is for individuals and the country is for everyone. With such amazing Lebanese people helping one another for free in such a time of need, we will come back stronger. For now, Beirut and Lebanon are under renovation.