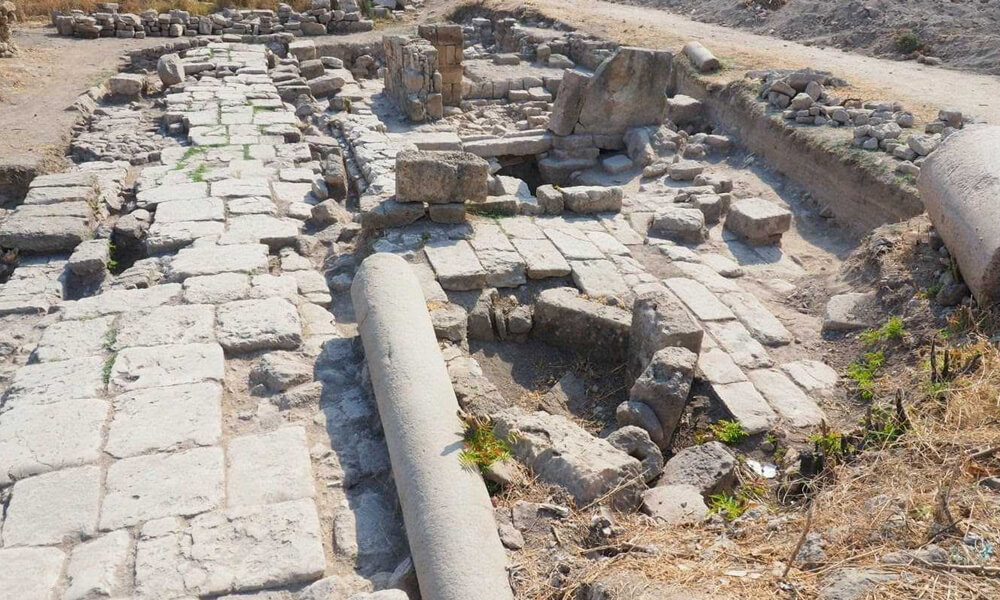 If you thought that Lebanese history has no more secrets to you, think again! A recent excavation effort revealed a new roman temple in Tyre, Lebanon and here’s everything we know about this new shocking discovery. The roman temple was found in Tyre Acropolis, at the highest point of the landmass. The elevated area on which this temple was built indicates its particular status and constitute one of the many sacred areas for ancient Greek and Phoenician populations. This joint excavation was led by Ali Badaoui (Directorate General of Antiquities, Lebanon), Maria Eugenia Aubet (Pompeu Fabra University of Barcelona), and Francisco Nunez (University Warsaw, Poland).

The southern Lebanese city Tyre was inhabited by a large number of civilizations including Romans and is considered one of the oldest cities in the world. In fact, it has been inhabited since before 450 B.C.E. Tyre also saw the birth of purple dye that was extracted from the mucus of several species of Murex snail by the Phoenicians. Therefore, it is a well-known city with great history, rich culture and interesting archaeological sites.

The roman civilization settled in several regions in Lebanon and built their temples to worship their gods. One of these monuments was identified as the temple of Bacchus in Baalbak, another ancient Lebanese city. Romans also stopped by Tyre so finding remains of their civilization in the city is not completely unexpected.

The building has a vestibule flanked by two columns and a podium on the other side. The recently discovered roman temple had walls that were built out of sandstone blocks and stood on a platform made of limestone and sandstone. The 26-foot-high columns were made of Egyptian pink granite, and the entryway stairs were decorated with engraved geometric motifs.

The porticoed street that descends from the Roman temple intersects with a narrower street leading to a nearby shrine, with two rooms and a courtyard. This smaller structure is oriented north-south, with one room featuring an Egyptian relief that portrays the ancient Egyptian goddess Isis breastfeeding her son Horus as a child. However, the exact object of veneration at the massive Roman temple remains a mystery.

Researchers continue their analysis as they claimed that this roman temple could also be linked to the Byzantine empire explaining that it was dismantled to replace it with a Basilica which was then destroyed again by a tsunami that resulted from the series of Beirut (current capital of Lebanon) earthquakes around the year 551.

“The numerous changes that happened in the city of Tyre make it complex to understand the character of its architecture,” explained Dr. Nunez. Discovering this temple holds great importance due to the number of civilization involved with it and a great addition to the archaeological records of Tyre.

“It is one of but a few buildings of this character found in Tyre to date. Our knowledge of Tyre in Antiquity, despite the great prominence of the city, is unfortunately quite limited,” admitted Dr. Nunez. The excavations are expected to continue until 2022 and we hope that this joint effort will lead to fill the gap and recover Tyre’s long and rich history documentation that was destroyed and forgotten during the Lebanese Civil War of 1975-1990.